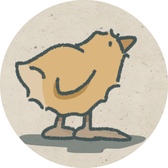 Happy weekend, everyone! Here in coastal Virginia we are recovering from the wind and rain from Hurri